If you’re a regular reader of this blog you’ve probably encountered one of my twice-monthly roundups of nonprofit tech meetups. But perhaps you’re leary about attending an event because you’re not quite sure what it will be like. Describing NetSquared events is difficult, because each one focuses on a different topic and has a unique flavor set by the organizing team. Instead of words let me try a few pictures that will illustrate our community.

Lecture-style is the most common format

Or perhaps we’ll get super social at a local pub 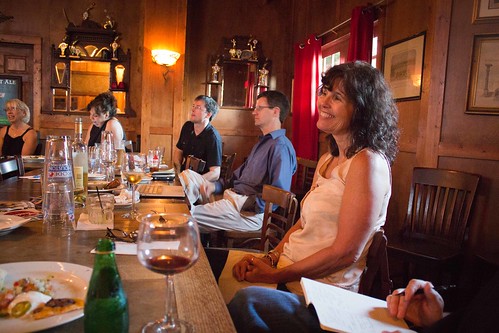 But whatever the format the goal is always the same - to bring nonprofit techies together for an amazing time.

There are NetSquared groups in 50 cities who are dedicated to holding events for their local nonprofit technology communities. Join us every month for a dose of community inspiration.