I am thrilled to announce that we have selected the 2015 team of Regional Ambassadors.

Sadly we don’t have Ambassadors for all regions, so additional support will be provided by TechSoup Global staff. Our priority areas are those that 1) have an existing cluster of groups and 2) that are more difficult for the NetSquared Community Manager to support because of geographic distance, language or cultural differences.

Regional Ambassadors have the following priorities: 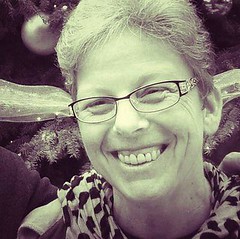 Birgit, co-founder of Relevanza, Inc., brings over 18 years of web development and web community expertise to the company. With her other company, Pauli Systems, LC, also headquartered in Naples, Florida she has been providing interactive, user-friendly, web-based business applications and server administration services to an array of corporate, nonprofit and private clients, both international and domestic since 2002.

In addition to leading her companies, Birgit is an active member of the web community and provides pro bono technology products and services to local non-profit organizations. She has been technology leader with the Naples Free-Net since 1998 and is the immediate Past President. She organized in 2010 its NFN4Good nonprofits support and education program, teaching WordPress, CiviCRM and other open-source software. Birgit is also coordinator of
WordPress Meetup SWFL and the nonprofit NFN4Good TechClub, supported by NTEN Community as well as
TechSoup Global’s Netsquared. 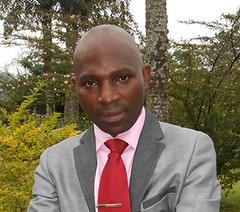 Excel Asama strongly believes in the power of the Internet in particular and the ICT in general in bringing about social development in this generation.

For the past decade, he has been empowering people around Africa with simple and effective Web2.0 & Web3.0 tools that will bring about the expected change in their businesses, organizations, and individual lives; Rendering ICT counseling and orientation services;
Organizing capacity building seminars and face to face briefings on the evolution of the Internet and how to transform the value to the main stream; Participating in the development of the Internet through the Multi Stake Holder Internet Governance Forum and the Civil Society Internet Governance Caucus; Signing the Internet Freedom; Advocating for the principle of Net Neutrality; Helping people meet people for social good; Volunteering as a full member at Internet Society Chapter Cameroon. 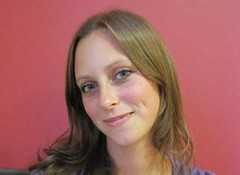 Rachel Kurzyp is a freelance writer and communications consultant. Rachel combines her knowledge of storytelling and tech to help individuals and organisations in the social good space build their digital story. Over the last seven years’ she’s worked with international and local organisations across six continents. Her writing has been printed in numerous publications including The Big Issue, Dhaka Tribune and Maya. Rachel holds a Bachelor’s Degree in Journalism and Business and a Masters in International Development. She is also the Communications Director for WhyDev, Co-founder of Nia Children’s Foundation, a speaker and mentor. 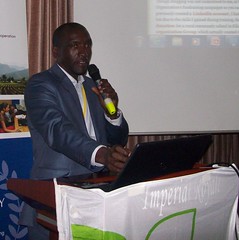 Robert is a Science Technologist by Profession with formal education in Conflict Analysis, Negotiation and Conflict Management acquired from United States Institute of Peace (USIP). Further, Robert has taken a number of Web2.0 short courses with CTA of Netherlands, United Nations Institute of Training and Research (UNITAR) and Association for Progressive Communications Women’ Networking Program (APC WNSP) of South Africa. He is the NetSquared Uganda local Organizer, Executive Director and Founder of a local NGO Kikandwa Rural Communities Development Organization – KIRUCODO.; and Founder and Director of Communications Without Borders - CwBs. Robert is both an online communicator and blogger and has served as an online social media reporter and web2.0 consultant and facilitator at a number of both local and international events such as 2011 IFAD Share fair conference in Rome Italy, The 2011 3rd European consultative Forum on Rural Development in Spain, 2012 IAALD Chapter Conference in Johannesburg South Africa, Uganda National Internet Governance Forum, Internet Society-Uganda Chapter events, 2013 E-Learning Africa International Conference in Windhoek Namibia, 2014 E-Learning Africa International Conference in Uganda, etc.

His vision is to see that rural communities in Uganda have access to Information Technologies especially children, youth and civil societies. 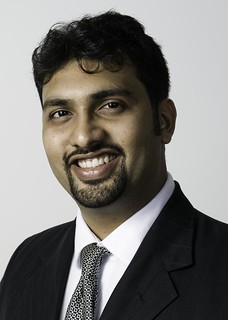 Sidd is a NetSquared Local Organizer with over a decade’s worth of experience working at the intersection of technology, social policy and business innovation in various capacities. He also has a solid background in fundraising, global/regional network building and managing stakeholder relations and has led on organising and promoting capacity-building workshops, expert symposiums, thematic seminars and academic conferences in the areas of inclusive technology innovation, delivering sustainable social impact and ensuring cross-sector development for civil society consortiums, business and trade bodies and government policy makers.

He is the co-author of a book Start-Up City, on entrepreneurship in the Indian software and co-organizer of NetSquared London.

I’m am deeply grateful to the first NetSquared Regional Ambassador cohort for piloting the Ambassador role with us and for developing the template that we’ll expand on in 2015.

I will continue to rely on the connections and community-building expertise of our alumni.