NetSquared's fiscal year begins July 1, so every summer I look back at the previous year of the community's activity to identify trends and lessons learned. This time I'll be looking at FY18, which covers July 1, 2017 to June 30, 2018.

NetSquared is TechSoup’s global network of volunteer-led nonprofit technology meetups. We're the answer to the question “where can I get support to use technology effectively at my nonprofit?” Event attendees build their networks and learn practical technology skills to support their programs, marketing and fundraising.

NetSquared by the Numbers 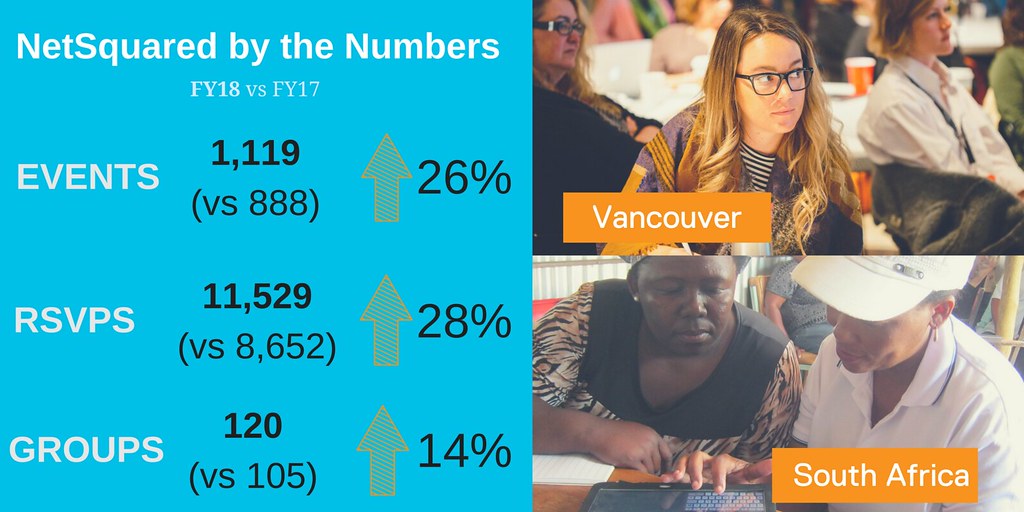 Here's some highlights from the last year:

Over the last 12 months NetSquared's reach expanded 28% to reach 58,212 meetup members. And this happened while shutting down 18 inactive meetups, losing 2,442 members.

It took almost 13 years, but in November we passed 50,000 members. And I couldn't have been more delighted!

A Record Number of Active Groups

The number of active NetSquared groups has doubled in just three years!

NetSquared's growth trajectory continues, as it has since the network's health was restored after the 2010-2014 doldrums. The most critical indicator of network health is the number of active groups, because an active local chapter is the precursor to all the community-building that follows.

The one exception to the overall positive trend is the number of new groups, where growth slowed over the past year. I suspect the reason we launched fewer new groups is because the NetSquared Ambassador program was on hold during FY18. During FY17 the Ambassadors were responsible for 115 referrals to new prospects (making up 44% of all referrals) but without the Ambassadors we only had 20 prospect referrals from existing NetSquared organizers. When a NetSquared leader refers me to a potential leader they have a higher percentage of successful conversion to launching a meetup. Relaunching a referral program or the NetSquared Ambassadors is clearly going to be a priority for me and NetSquared in the coming year.

NetSquared operates on top of the Meetup.com platform, and the previous year saw several large changes which improved how we run our local communities. 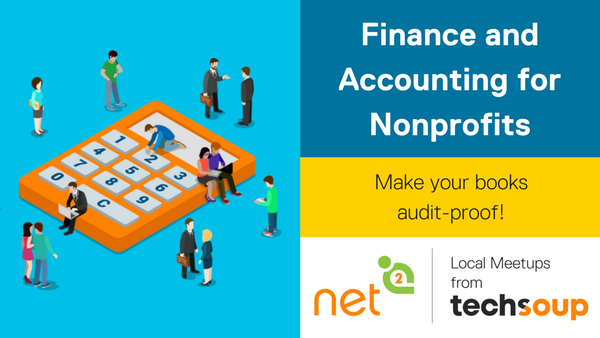 NetSquared leaders independently select their event topics search month because the best events are based around local case studies and respond to the unique needs of each community. But coming up with a new idea 12 times a year is hard work, so for the last six months we've offered a suggested "theme month" to organizers.

We had surprisingly high uptake from organizers, and will continue to offer this resource for the next year. The theme month approach allows us to align NetSquared events more closely with TechSoup's content calendar. One benefit is that by sharing topics across NetSquared and TechSoup we can provide local groups with webinars and blog posts that support their local event theme, and I was also able to provide event graphics for their meetups. 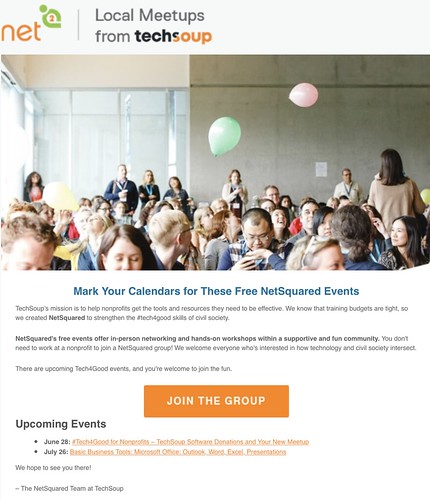 TechSoup USA is now sending an email to our local members to announce the launch of each new NetSquared group. This marketing campaign has been helping to grow event attendance and ensure that new groups are successful. Starting in September we'll extend this offer to established groups, giving them up to two supporting email campaigns each year.

This initiative builds on the long-standing email support that TechSoup partners like the UK's Tech Trust and TechSoup Canada have been offering to NetSquared groups in their country. In fact, NetSquared continues to grow thanks to the support of TechSoup's network of country partners.

Plans for the Next Year

This was a year of preparation. We've laid the foundations to build several new platforms and initiatives that will launch in the fall.

And there might even be refreshed branding for NetSquared....

NetSquared is a high-touch volunteer-led program and most of the Community Manager's time is spent talking one-on-one with prospective organizers. I follow a sales funnel methodology taking prospects through several stages as they prepare to launch a group (or take over an inactive group). Currently I'm converting about 28% of orientation calls into active leaders.

Next year's goals are to increase retention by providing better event templates and raise the percentage of new organizers who convert with a relaunch of the training materials for new leaders. 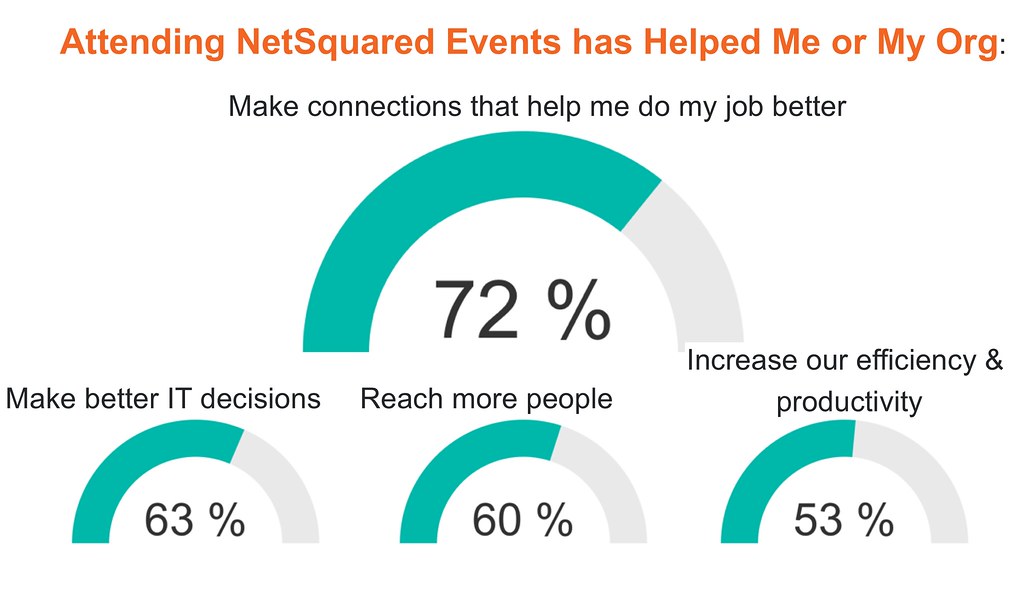 All those ⬆ arrows of attendees and groups are lovely, but what value do attendees get from NetSquared? Why, ultimately, do we host community #Tech4Good events? And why do people attend?

Here's what our members say: 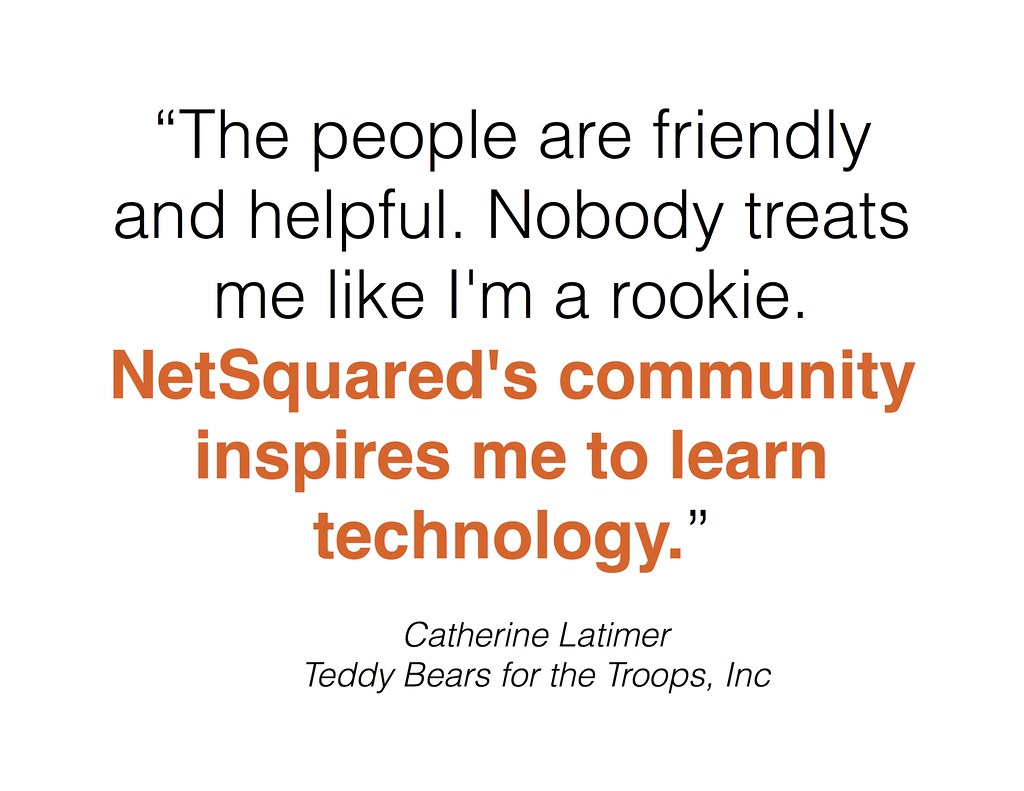 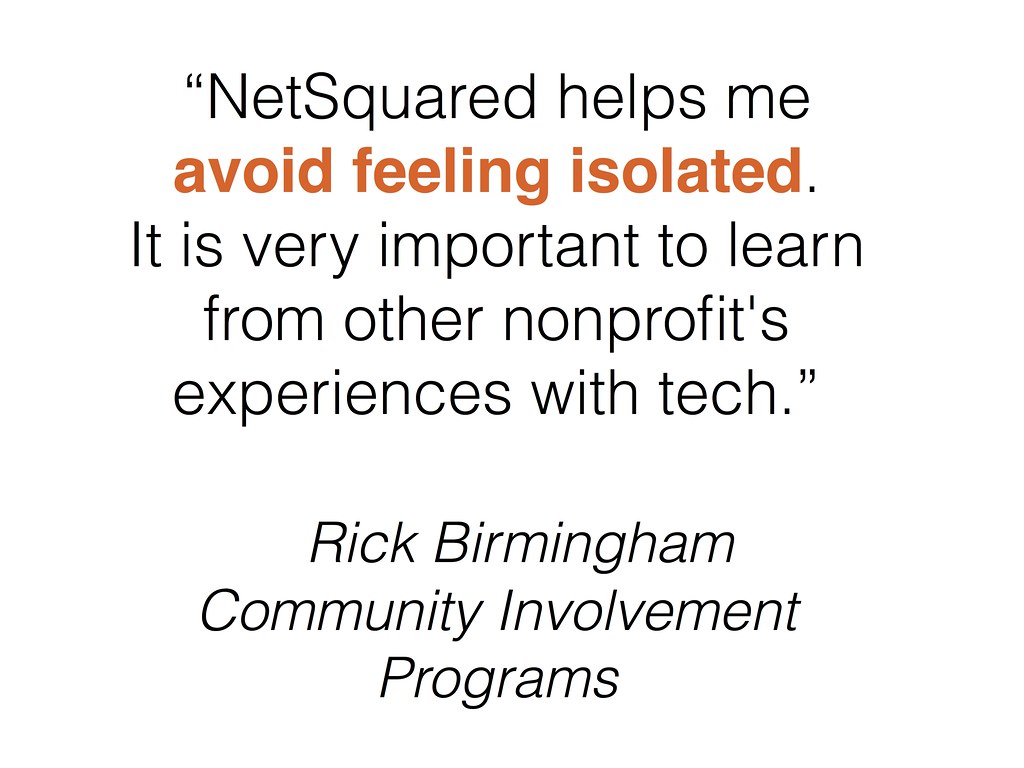 And when we survey our members they tell us they attend because attending NetSquared events help them: 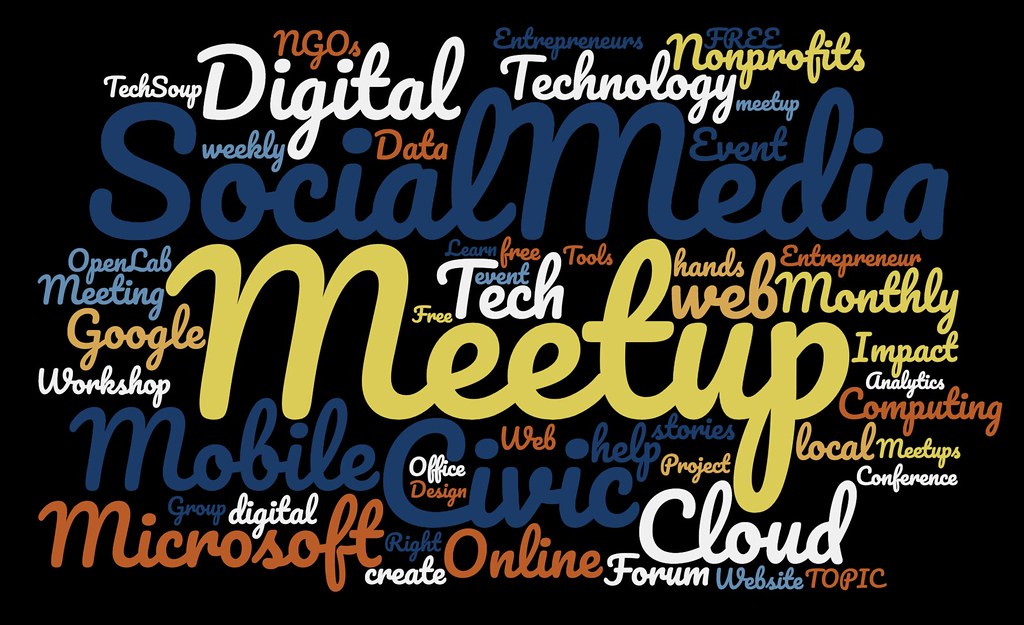 NetSquared doesn't have a set curriculum, so every group develops their event topics based on their community's unique challenges (although we do have a library of event "recipe cards"). This allows us to listen to the needs of local nonprofits globally, which informs the work of TechSoup and the entire NetSquared network. When we create a wordcloud to show the frequency of words in event titles we see the following emerge:

These words reflect the essential elements of NetSquared:

In the coming year we will increase support for our community of NetSquared groups. Together we can serve TechSoup's mission of putting technology tools and skills into the hands of nonprofits and charities so that they be more effective in delivering on their mission.

If you want to join our tribe find your closest group on NetSquared.org or apply to start your own group.