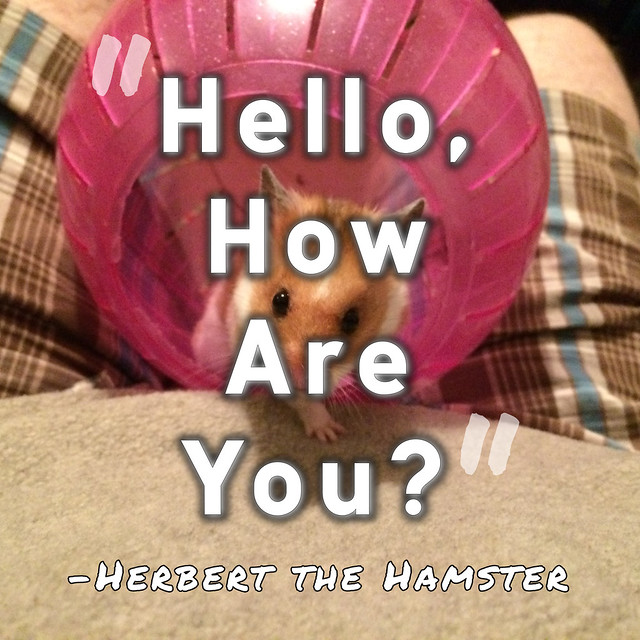 Hi friends, It's been a while since blogging here, but I've been meaning to share some social media lessons and tutorials gleaned from working in the climate movement (where I am the social media coordinator at Energy Action Coalition) - so it's I hope it's ok to dip my feet back in again. Below, I would like to show you how I use a tool for macs called Pixelmator to make quick, polished memes.

First some quick background: I’ve been using PicMonkey.com to sling movement memes for about 2 years now, and even co-wrote a chapter on using PicMonkey in "the most amazing online organizing guide ever" (a guide which was co-sponsored by NetSquared!). But over the last few months, I was looking for something with a little more flexibility and was introduced to a tool for macs (sorry PC folks!) called Pixelmator by my friend Jeff Mann. Pixelmator is like a much cheaper version of Photoshop (it’s currently $15, but the price seems to fluctuate) and it comes with a legit no-credit-card-needed 30 day free trial.

The reason I wanted to use a tool that was a little more robust (like Pixelmator) is that basically I wanted more freedom over font choices and I wanted to make shadows for my text (so that the text would pop out). Nothing too fancy, but PicMonkey wasn’t cutting it for those features. I also was inspired by 350.org’s meme style and I wanted to see if I could emulate it and find my own visual style using an over-the-counter tool.

Below are a few memes I crafted recently using Pixelmator - featuring activists who are taking powerful stands against Keystone XL pipeline and the tar sands. 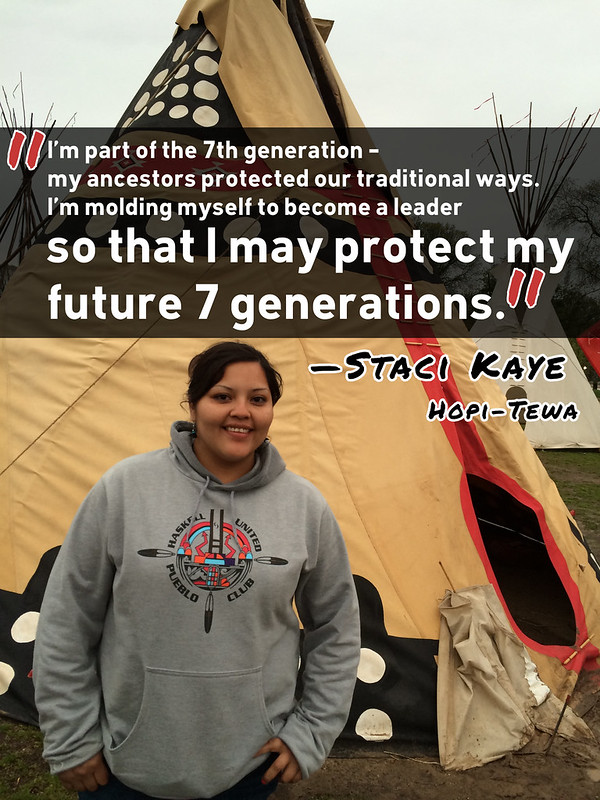 While Pixelmator is rich in features and dials and things - I really only use a handful of features. So, I’m going to show you how I make memes with Pixelmator in 10 easy steps. Let's get started! 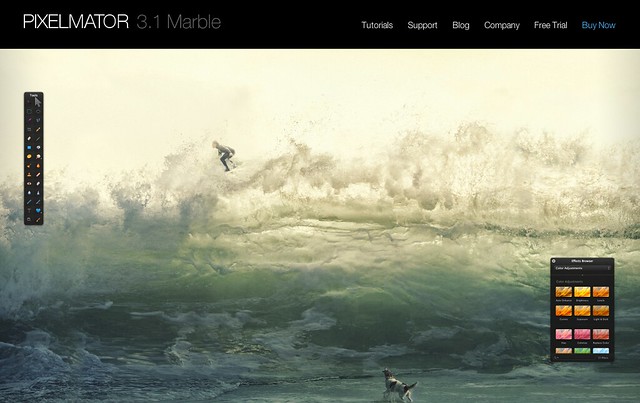 (Author's note: I totally did the free trial first before buying in...and all the memes I made for XL Dissent were made while using that free trial.)

I am currently super fond of Klima - a font designed by Matthew Anderson of 350.org for the climate movement. As well as “Permanent Marker.” I recommend downloading and installing both of these fonts, and then they should become auto-populated in your Pixelmator font menu.

3) Load up a picture to mess with. 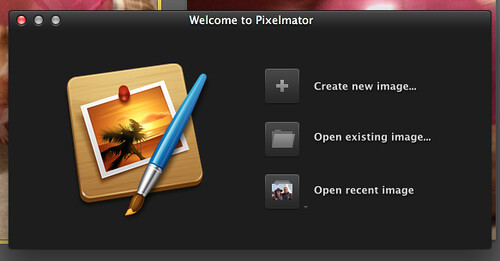 When you open up the Pixelmator app, it asks you a few things. Choose “open existing image” and choose the image you want to ‘meme.’ Let’s make a meme featuring Herbert the Hamster, which is a pet of some good friends of mine at Swarthmore College. 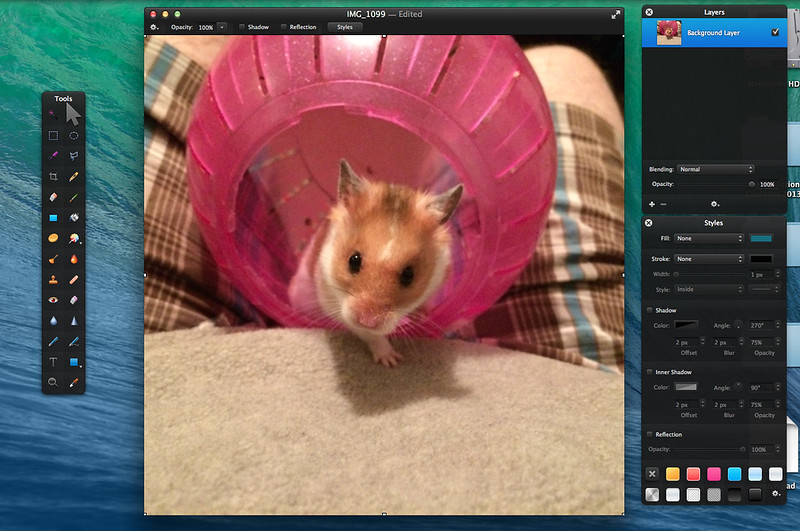 Ok, now we’re in. Looks a little overwhelming, right? (well, at least it was for me!). We’re just going to focus on a few features though, so don’t worry. 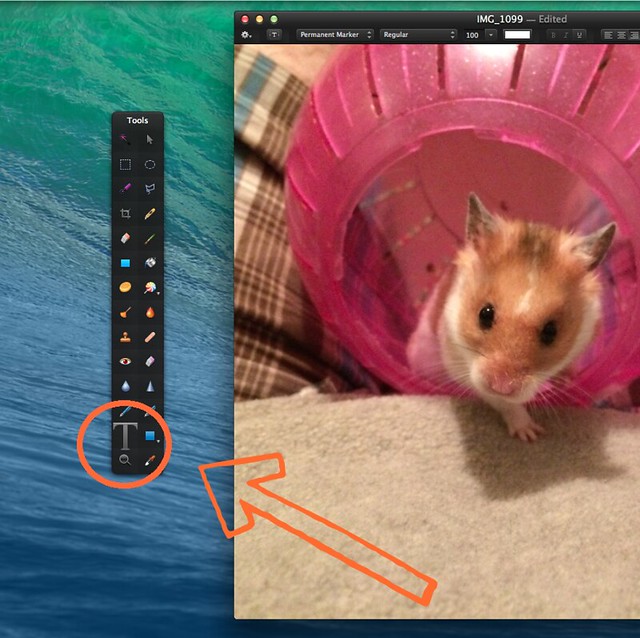 Let's get started by putting some text down. To do this, find the “Tools Box, and then click the “T” symbol. And then click the part of the image where you want to lay down the text. Ok, now you should see the word “text” on your image. You can then edit that text to type whatever you want. 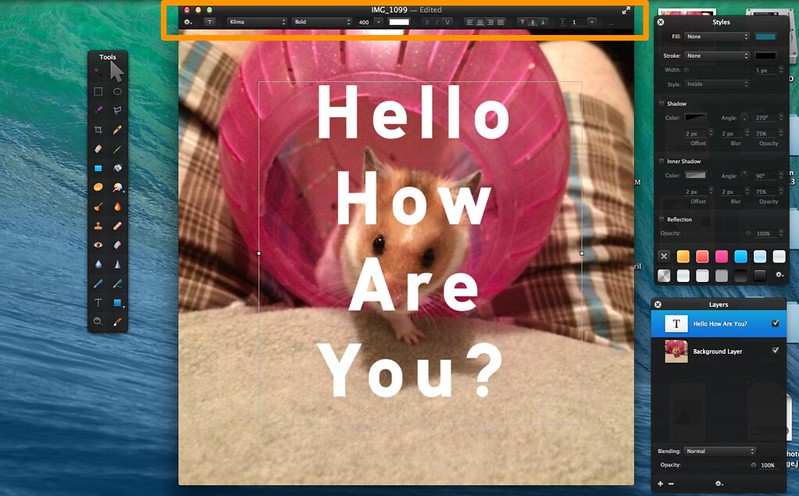 As you're editing text, you’ll see a fresh menu open up directly above your image, where you can choose different fonts, change the color of your text, choose different sizes, align the text, and so on. I chose Klima, cranked the size to 400, and then I chose the bold version of Klima, and I centered the text. And here we have Herbert being quite convivial. 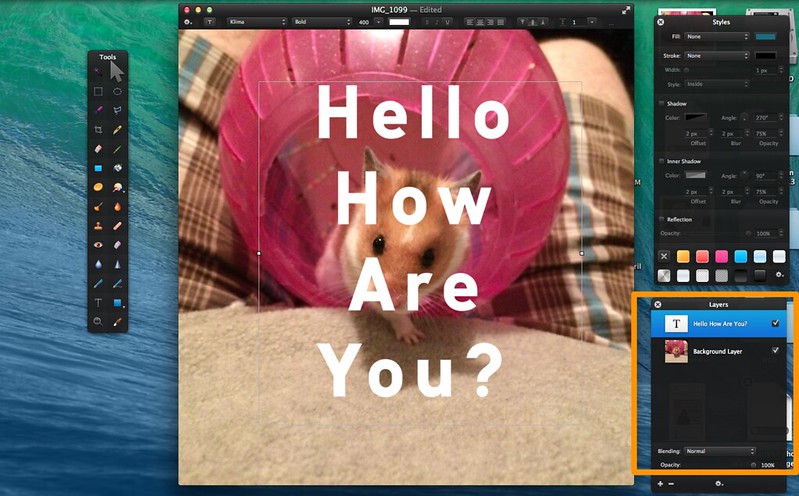 Ok, before we move forward, one thing to learn about is layers. Basically every new element you add to your image (like, say, adding text) is considered a “Layer”. and the Layers Box keeps track of these new elements and shows you the order of how your layers stack up. The cool things about the “Layers Box” are that it lets you both remove layers, as well as switch the position of layers (just drag and move layers around to try this out), as well as change the opacity of any given layer. You can also click a specific layer in the Layers Box to then edit that layer or move it around.

You also don’t have to delete layers per say, you can check the box next to a specific layer to make it vanish, or re-check the box, to bring it back.

If for some reason, you don't see the Layers Box, go to "View" in the top level menu of Pixelmator and click "Show Layers".

EXAMPLE: Look how Students for a Just and Stable Future used the “Stroke” feature to make the text of this meme really stand out.

Ok, this is why I really dig Pixelmator - for the ways in which you can make your text pop out. One easy way to do this is to add a “Stroke” to your text. Adding a stroke basically means adding a color border to your text. 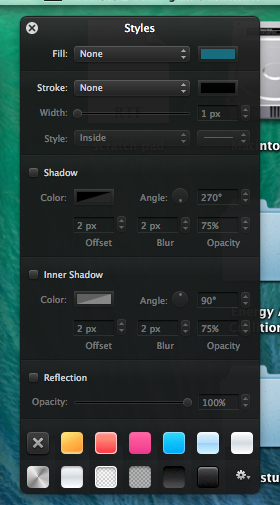 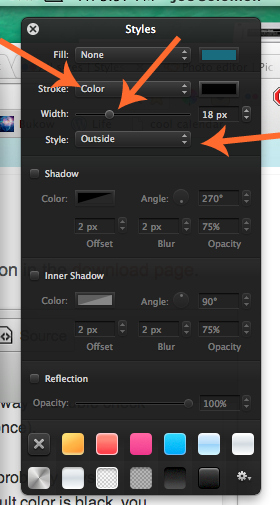 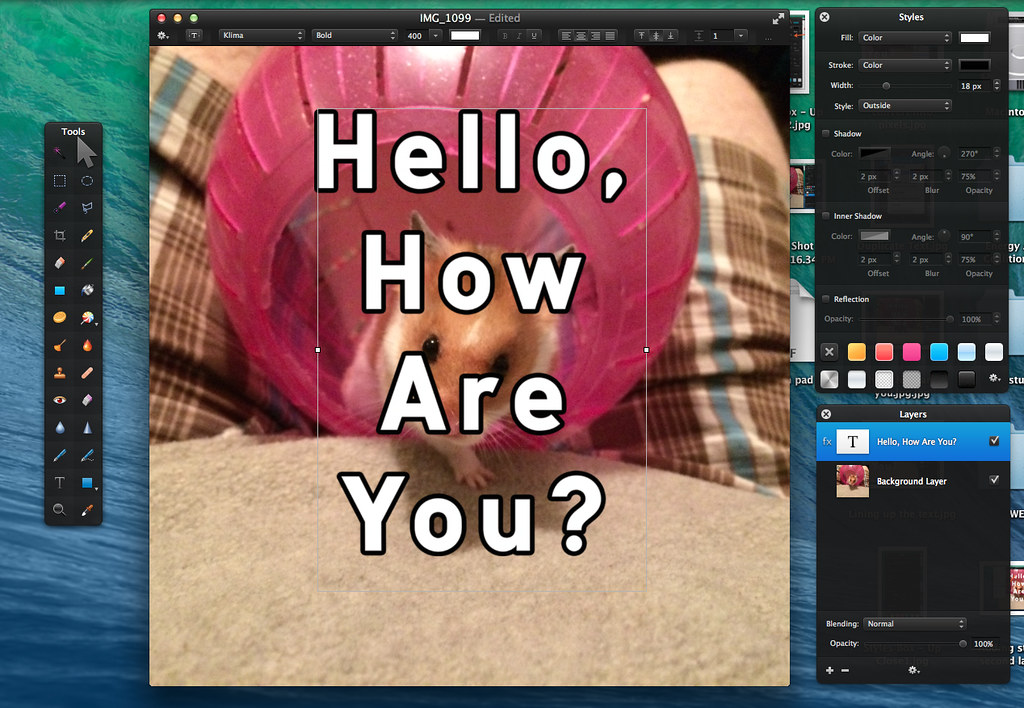 EXAMPLE: Here is an example of a meme we made for Reject and Protect in which we added a drop shadow to the main quote. 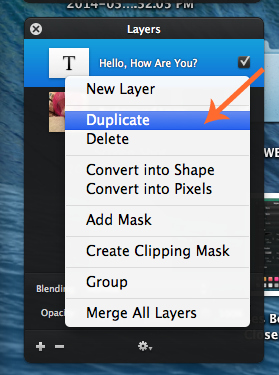 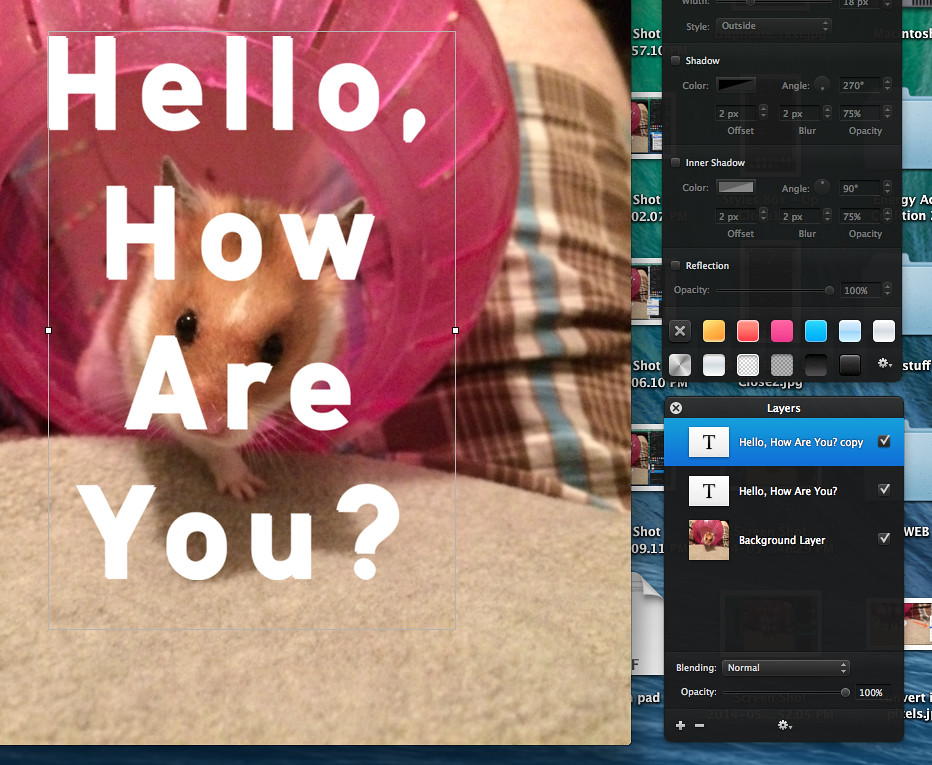 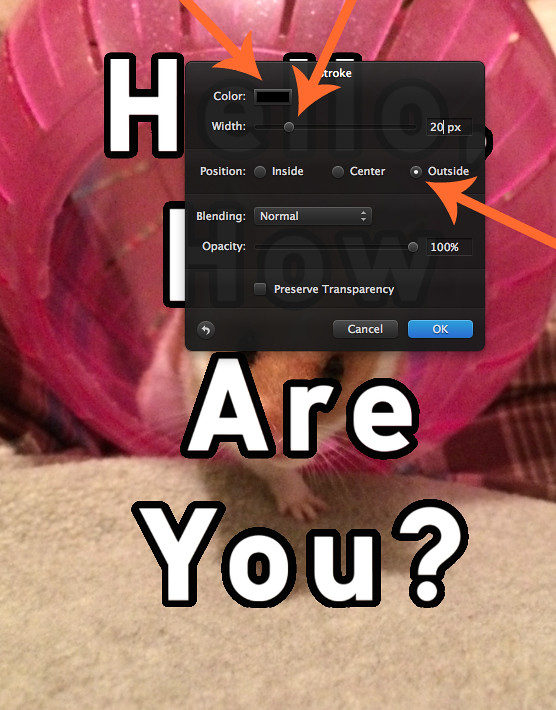 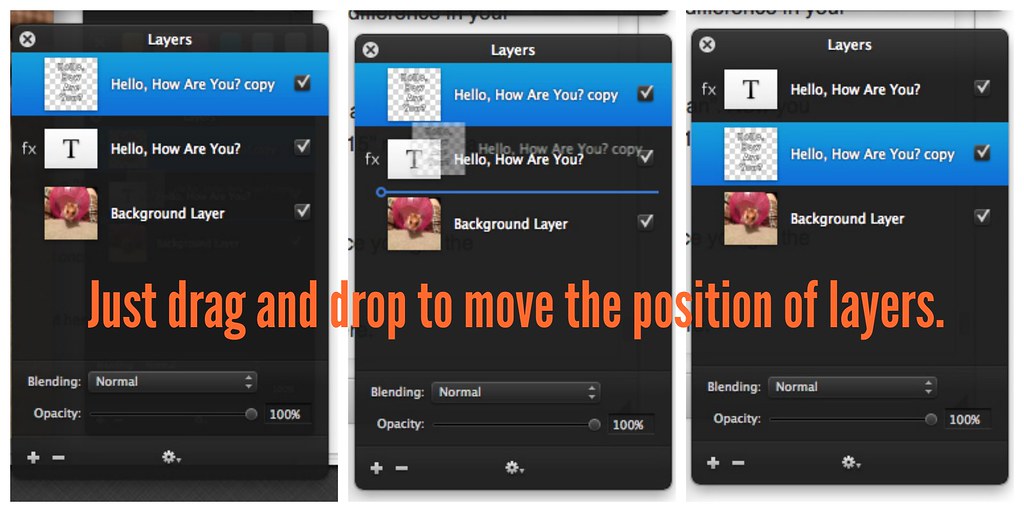 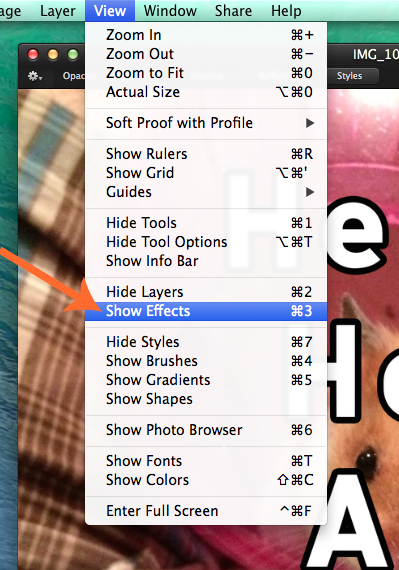 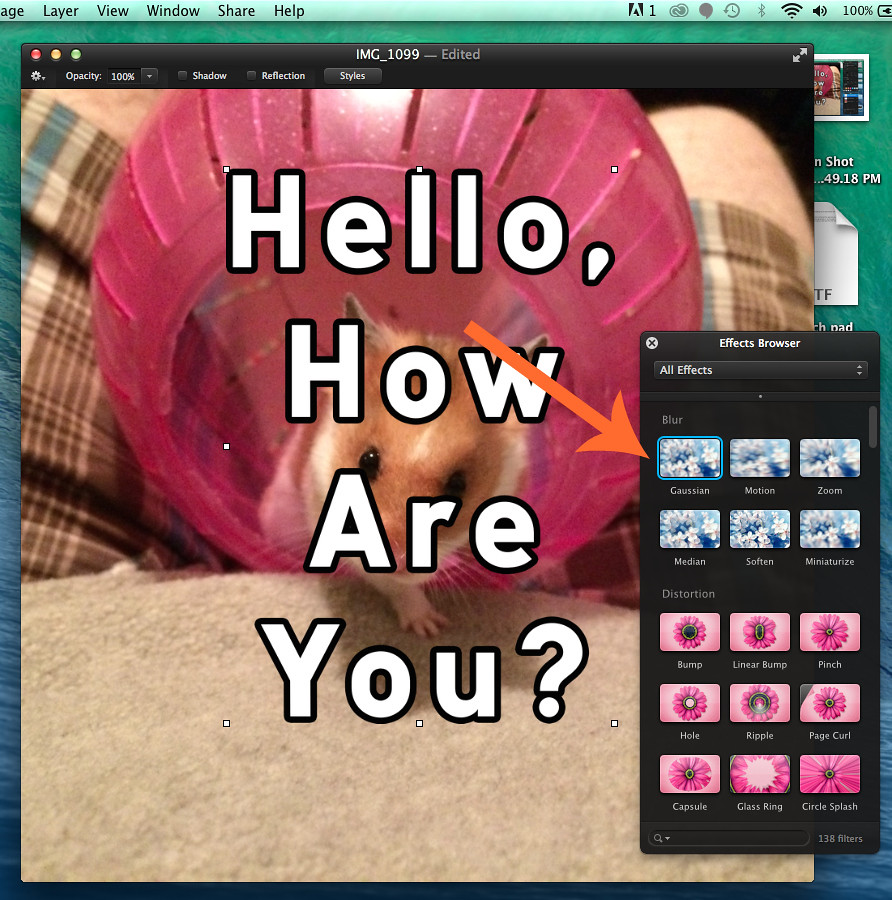 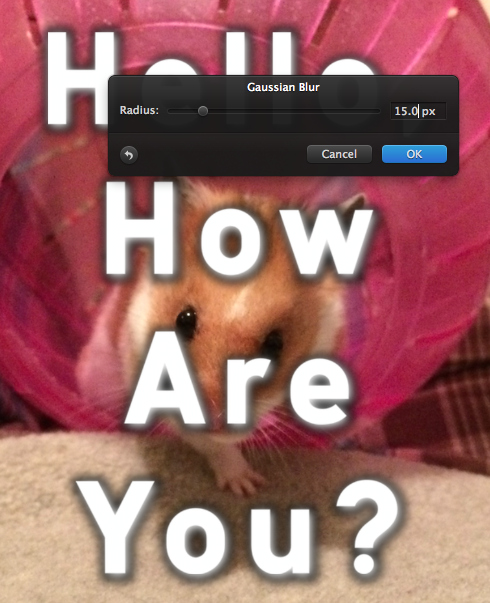 Pixelmator also has a guide for adding “drop shadows” and it’s pretty good--I have followed it for plenty of memes. Check it out here. 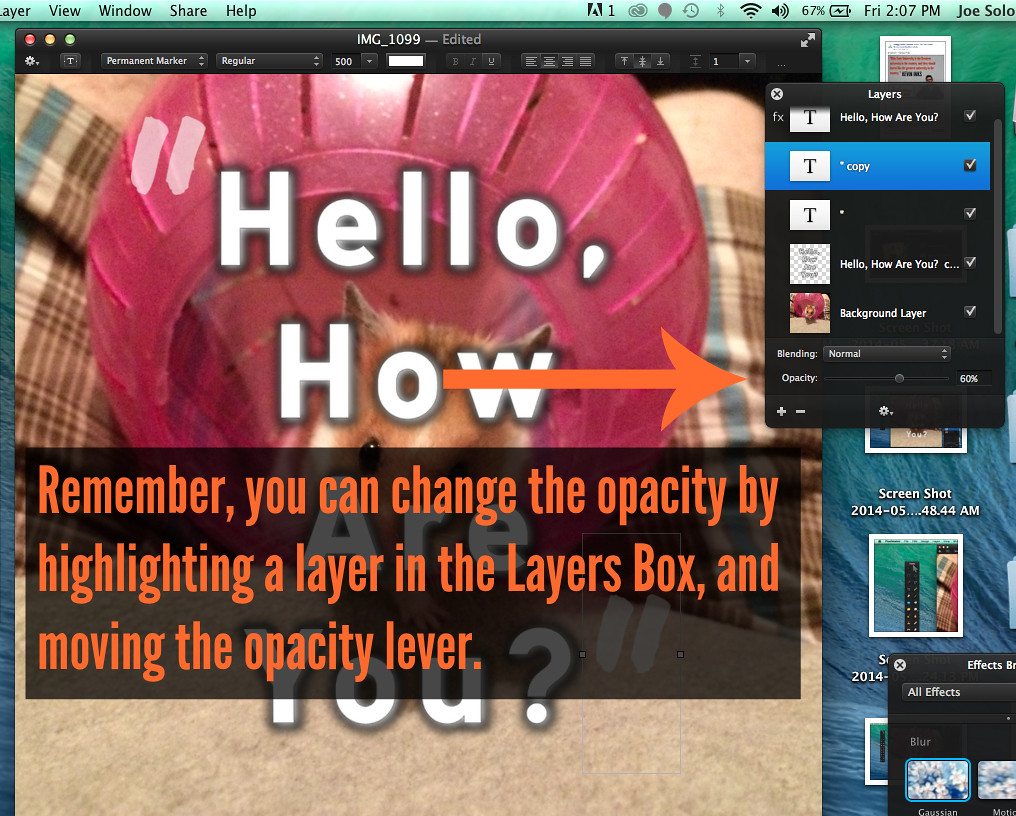 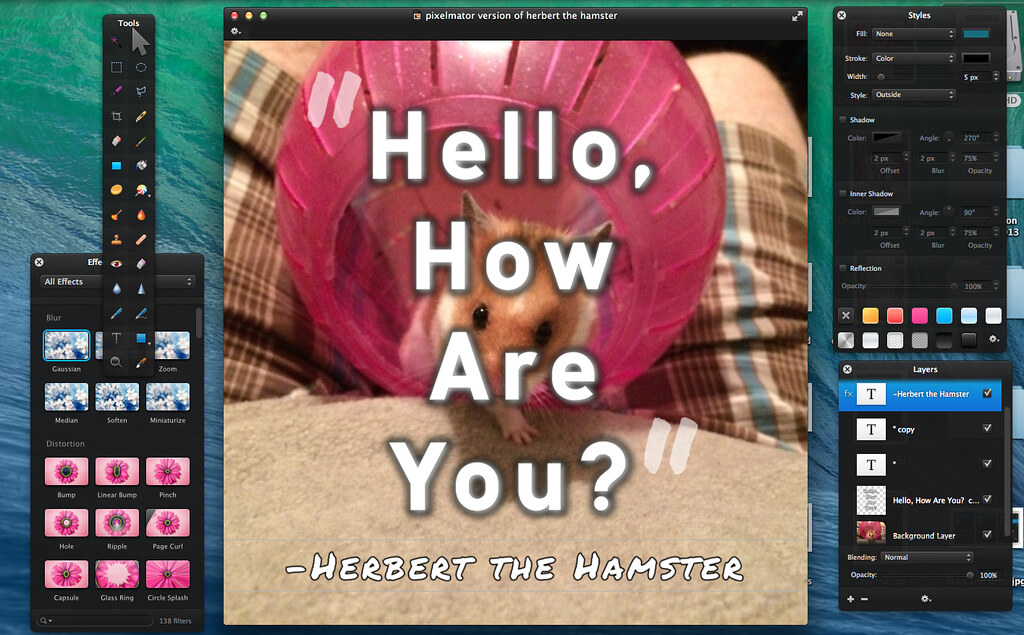 Now let’s sign our meme! I like to use this symbol (“—”) before signing a name on meme, as it looks ever dapper. I picked this up from Brad Johnson, formerly of Forecast the Facts. I’ll also switch up the font for some contrast, and give it a little “stroke” at 5 pixels on the outside. 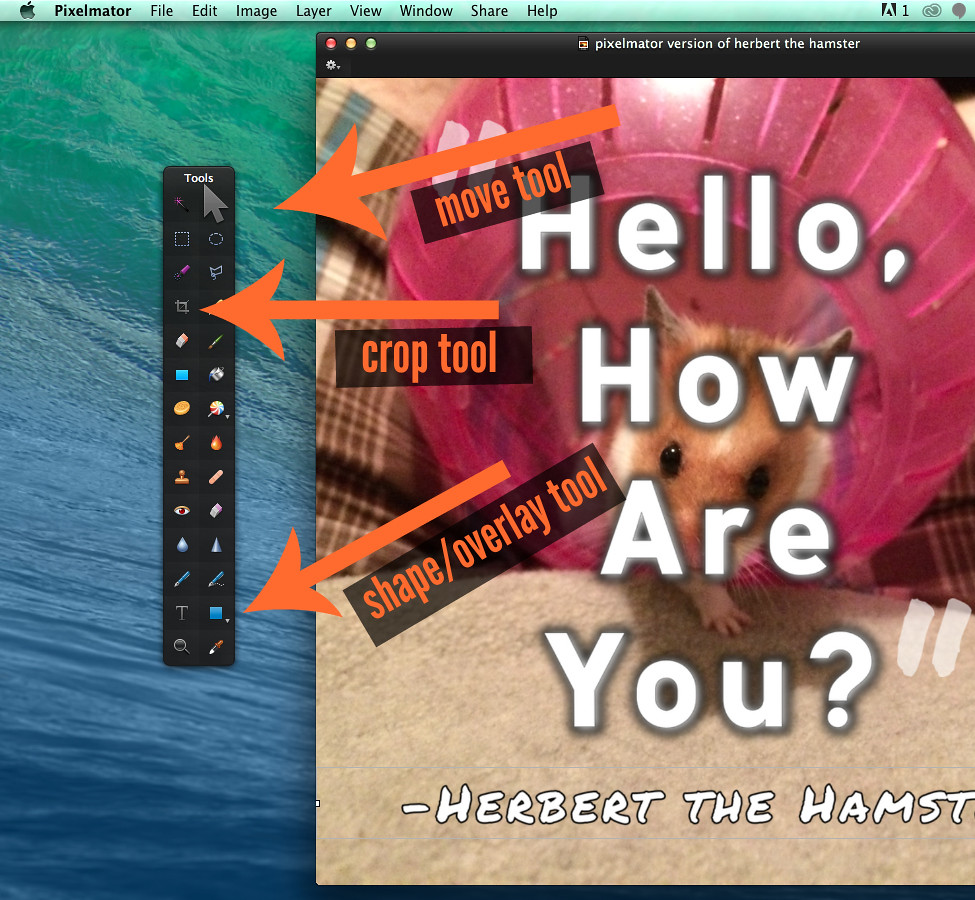 There are bucket loads of features within Pixelmator and I don’t know more than half a percent of them. If you get the chance (and if you made it this far - bless you!) - other features I might try out include cropping (facebook loves squares!) and the overlay feature for adding shapes (the overlay feature can also be used to make frames) . And FYI: The big arrow on the top right of the Tool Box is also great for when you want to move stuff around. Pixelmator also has a whole video library of tutorials on Vimeo, which I'm excited to check out soon.

Good luck and may the meme “shares” be with you. And if you know other great Pixelmator tips (or shortcuts!) please share in the comments!